Parts of the Debug Perspective

The Debug perspective contains the following views, divided into five main areas, described below from left to right and top to bottom. 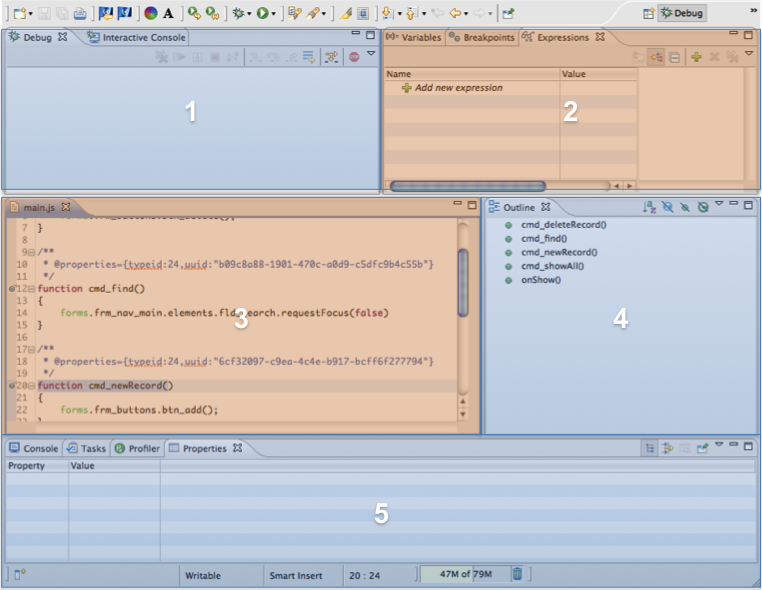 Note: If a desired view is not visible in your Debug perspective, you can open it using the main menu item Window>Show View (Popular debug views are shown in this menu; clicking Other opens a browser that allows you to search all available views).